Please take a moment to review your experience with us. Your feedback not only helps us, it helps other potential clients.

Please take a moment to share your experience with us on both of these review sites. 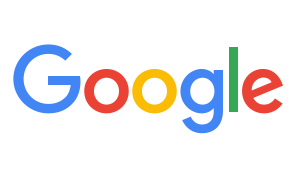 We strive for 100% customer satisfaction. If we fell short, please tell us how so we can make amends.

Feedback From Our Clients

It Is Good To Have Someone On Your Side

"I hired Todd to handle my settlement from an accident.  I can say that Todd has taken care of everything so far, he has put me at ease.   Todd has helped us get through the initial stages, its good to have someone that is on your side and is there for you when you call or need anything."- Jesse K.

Helped Me Out of A Tough Spot

"Jeff really helped me out of a tough spot and saved me thousands of dollars in legal fees and court fines.  He is very knowledgeable of all Arizona DUI laws and has some great contacts in the Courts.  I would highly recommend him and I'll use him again for sure if needed."- Randy Y.

"I cannot recommend Jeff Weintraub highly enough. After being arrested for DUI, I spoke with several well-known attorneys around the Valley and was disappointed by their lack of professionalism and their general attitude. Then I spoke with Jeff. From the very beginning, he was focused, serious, and completely professional. He handled my case to a very satisfactory result and did so entirely on his own. At no point in time was I ever handed off to a junior member of his staff or passed along to a secretary. Whenever there was an update in my case, he called me personally. Whenever I had any questions, I was able to speak with him directly. There was never any middle-man or the feeling that my case was being bounced around between a bunch of different lawyers. When the time came to appear in court, Jeff was able to recite the full details of my case without referring to his notes. This more than anything else convinced me that he's a true professional who takes each and every case seriously and puts his utmost effort into fighting for his clients. I realized that he had been living and breathing the details of my case for months. He really cares about the people he represents. You're not just a job to him. I am extremely thankful and lucky that I was able to retain his services. It's been several months since the case was settled and I still speak with him regularly. There are all sorts of things that have to be handled and taken care of and his follow-up service is just as excellent as his pre-trial service. Again, I have never spoken to anyone in the office except for Jeff - even if it's about something as 'minor' as the MVD. He took my case and he's handled every single detail of it. That level of commitment, professionalism, and personal service is why I can and do wholeheartedly recommend Jeff Weintraub. Retain him. You will not regret it. -Jack"- Jack

"Jeff was very professional and honest from the get-go. I met with other lawyers who said they would easily win my case but Jeff instead spoke of the uncertainty of the courts. He told me my case looked good but that nothing could be assured. It was this straightforwardness that made choose Jeff above the rest. We had only a handful of meetings but all were purposeful and I left every one of them without questions. I would definitely recommend him to anybody and will reach out to him if I am ever in a bind."- Luis F.

"Jeff Weintraub was INSTRUMENTAL in reducing charges from extreme to regular DUI. Very PROFESSIONAL work ethic and KNOWLEDGEABLE in his field of expertise. Always kept me abreast of the situation and proper protocol. Was very EFFICIENT in responding to text messages and returning phone calls. Would highly recommend retaining Jeff Weintraub for legal representation."- CM

"What could have potentially been a difficult situation was made much easier with Jeff's help. He is always available, answers all questions thoroughly and has amazing follow through. We would highly recommend him to anyone who wants to avoid unnecessary confusion and a good court advocate. He obviously has taken the time to ensure he has quality relationships within his industry and the court system. He is knowledgeable, honest and his fees are very reasonable."- Kelly R

This is Your Attorney!

"This is your attorney, if you are reading these reviews you don’t need to go anywhere else hire this one. I was terrified when I had charges brought against me. I didn't know what to do or even what questions to ask and was facing jail time and some serious charges. I was overwhelmed with stress when I hired Jeff, and I was riddled with anxiety on how I was going to navigate the courts and the process. Jeff was more than just my attorney he was my sanity throughout. Jeff was always accessible, I never felt like I had too many questions. He made sure I understood everything and even gave me his phone number and was available anytime to answer questions or even just for reassurance. Jeff delivered the best possible outcome for my case and I truly believed that if there was another way he would have found it. You want Jeff in court with you, he cared about my outcome and aggressively looked at every angle of my case, and most importantly he made me feel like a person, not a case number. Every step in the process Jeff was there to guide me. While I never want to find myself in a position to need Jeff again, I am so thankful for him and if ever in the future I need legal counsel I know I got the best guy in the business, his professionalism is second to none, you will not find a better attorney."- Eddie M.

Best Decision I Could Have Possibly Made!

"Choosing Jeff was the best decision I could have possibly made! From our first phone call I already knew I made the right choice, he took the time to explain everything to me and answered all of my questions. He stayed with me throughout the entire process and always kept me up to date with my case. In the end, he got me the perfect outcome for my situation and I’m super happy with the choice I made. If you have a DUI and need a lawyer, he is the only lawyer you should choose!"- Carry M.